Thoughts on the "LOST" finale 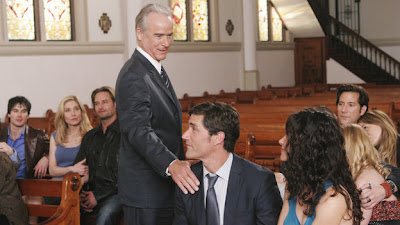 It ended, as I predicted, with the closure of Jack's eyeball.

There was a moment near the beginning of the episode -- Hurley's quip about Yoda, I think it was -- when I sat back and relaxed. I knew this was going to be a good episode. Another great line was when Kate said, "Christian Shepherd? Are you kidding me?" (The best laughs of the night, however, were during the commercial breaks with Target's "Lost" ads.) In all, it's been a pretty weak season, so this finale was a great reminder of how great the show could be. Sure, I kinda wished that the Dharma shark had gone all "Jaws" on the Smoke Monster/Fake Locke at the end, but, hey, he got his comeuppance. 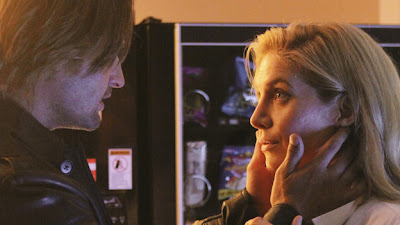 The episode was like a greatest hits album. The interactions between the characters were consistently compelling and moving and, well, my Kleenex box is little emptier than it was at the beginning of the night. (Where were Michael and Walt?) How great was Sawyer and Juliet's reunion? (For those hoping to see Sawyer and Kate end up together -- well, they kinda did. One has to assume that they were a couple after they'd finally escaped the island on the plane.)

Wasn't it great to see the Locke we all fell in love with in season 1 back to his usual self? And the final scene between Locke and Ben was incredibly moving. Ben's contrition. Locke's forgiveness. (In the end, Ben was left out in the darkness -- in purgatory -- for his sins.) Best of all was the moment between a resurrected Locke and Jack. 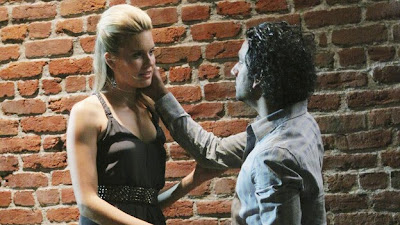 ....but I hated the cop out to the key question: Where, and what, is the island? For a while now, Damon Lindelof and Carlton Cuse have on message with a constant mantra: The show is really about the characters and not the mystery. True, the show is about the characters and we all would have stopped watching a long time ago if we didn't care about these people. But, c'mon Lindelof and Cuse, we didn't spend years of our lives swapping emails and obsessing over theories about whether Kate would end up with Jack or Sawyer. The mystery and intrigue and complex mythology was still the prime driver. As Charlie put it at the end of the first episode, "Guys, were are we?"

We never did find out. 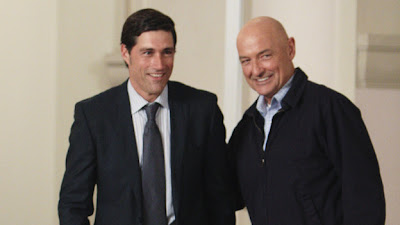 I've re-watched the final speech by Christian to his son, Jack, several times. Here's what we learned. The Sideways world was really just an illusory reality where the characters got to live out idealized, and redeemed, versions of themselves. It was a purgatory of sorts where they could all reunite and move on toward the white light through, significantly, the portal of a church. Christian told Jack that they had all died -- some before him (Juliet, Saayid, Jin, Sun, etc...) and some after him (Kate, Sawyer, Lapidus, Hurley, Ben, etc). But they had all reunited in Sideways world where time was as immaterial as their own selves. Christian also told Jack that all that he had experienced had been real. So, everything that happened on the island was real.

When Desmond went through his electromagnetic shock therapy, he was able to somehow become omniscient and see what transpired in the Sideways world. He told Jack about the Sideways world when they were standing outside the cave and Desmond believed, mistakenly as it turns out, that he would be magically transported to Sideways world as soon as he pulled out that cork.

(Side note: I can't figure out why Sideways world Eloise Hawking didn't want the characters to know about their pasts. And why did she want Desmond to keep Daniel Farraday from the final reunion?) 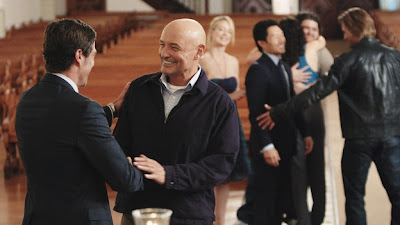 Which makes the lack of answers doubly frustrating. It's not just the central question as to what the island is, but also the many plots of the show. Take, for instance, the other Others at the start of this season. Who were they? How did they hear about the island in the first place? How did they discover it? The same question applies to Charles Widmore and co. Was the island a mythological place -- like Atlantis, or Shangrila, or Xanadu, or El Dorado, or maybe Eden -- that men have long sought to discover? The show should have better explained what this island represented to all these different factions and cultures. What was the underlying reason they came to the island in the first place? It wasn't to discover lost gold or treasure. So, was it perhaps the promise of immortality or the control of good and evil? The show hinted at the latter, but we never satisfactorily understood why so many men put their lives on the line to find this island. Why it was the white whale to Widmore's Ahab.

Unresolved question: If Smokey HAD gotten off the island, would it really have meant the end of the world? Or was that just scaremongering by Widmore and Jacob? Without truly understanding what the island is -- and whether it did indeed hold the balance between good and evil in the world -- I have less appreciation for Jack's (and everyone else's) sacrifice by the end of the series. We never got to understand whether the end of the world was truly at stake. Without an explanation about what the island is, the notion that the world was in peril just seems very abstract. 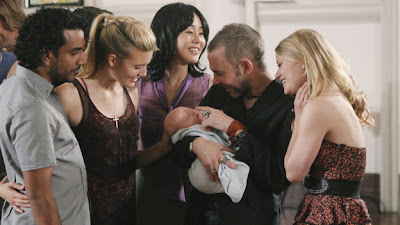 There are smaller questions that nag me. For instance, what was the significance of the Hot Tub Time Machine in the temple where Saayid was cleansed? How did it relate the other hot tub of water at the heart of the island? Was it like the evil version of that golden water? What was the point of that whole temple storyline?

The creators may have felt that it was better to just leave the big answers to our own imaginations. In a way, that may have been the smart thing to do. If they had explained what the island is, the actual answer may have disappointed millions. No matter what the answer might have been, it would never have matched the magnitude of answer that viewers had been bracing for because they had built it up in their heads. 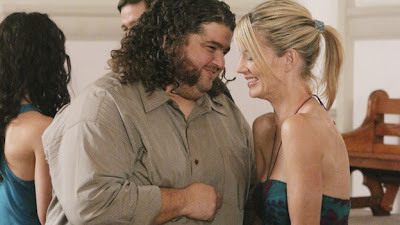 The show has also teetered on the pendulum of science versus faith. If the producers had given us a scientific answer to the island, it would have been disappointing to those who had hoped for a more magical explanation. And vice versa.

At the very end of the recent episode devoted to the backstory of Jacon and his brother, the story shifts to Kate and Jack in the cave. She asks Jack where the skeletons came from and he answers, "You killed a boar. Where did that come from?" I think the writers were using telling us that some mysteries will never be answered and should just be accepted as open to interpretation. (So, never mind where the Alison Janney character came from, or who/what entrusted her to protect that pot of liquid gold, like a leprechaun at the end of a rainbow.)

But the truth is, that it's been increasingly clear in recent interviews that the show creators made up the show as they went along. I think the only thing they knew about the final episode was that it would end with Jack closing his eye. I don't think the show's creators know what the island is. But they kept promising answers, time and time again. They shouldn't have enticed us with that illusive and tantalizing final revelation. It's a bit like Dorothy discovering that the Wizard of Oz was just a fraudulent man behind a curtain.

It was one helluva ride, though. And the characters were great companions along the way. And in that regard, "Lost" was a great success.


P.S. Here's a list of some of the unanswered questions: 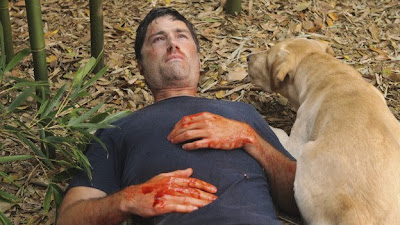 Posted by Stephen Humphries at 6:01 AM No comments: 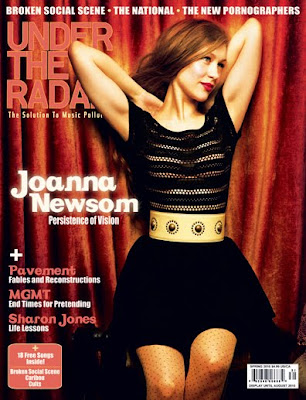 Now on newsstands: the new issue of Under the Radar magazine, which includes a few pieces by yours truly. (The Joanna Newsom cover on the former could revive a dead man's heart. You may have to plead to your girlfriend/wife that you only read Under the Radar for the articles...)

Posted by Stephen Humphries at 2:44 AM No comments: