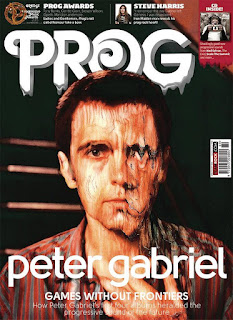 Prog magazine asked me if I'd interview Perfect Beings for its new issue, now on newsstands (and also available digitally—here's the list of contents). I hadn't come across the Los Angeles-based progressive rock band. As soon as I heard their grabby single "Helicopter" from their debut album, I eagerly took on the assignment.

The five-piece group should appeal to fans of Yes, King Crimson, XTC, Jellyfish, and Supertramp. Singer Ryan Hurtgen writes the main melodies and has an appealingly naturalistic and emotive voice. Until two years ago, Ryan hadn't listened to progressive rock. But then he met guitarist and producer Johannes Luley, who broadened Ryan's music horizons. Result? The formation of one of the most exciting new prog bands I've heard in recent years. Read more about the band in the current issue of Prog and, in the meantime, visit the the official Perfect Beings YouTube channel.The band's superb new album, Perfect Beings II, is out now. Visit www.perfectbeingsband.com

Also on newsstands: the new issue of Classic Rock magazine. I reviewed Robert Plant's recent show here in Boston for the magazine. Over the past year, I've been fortunate to see three different shows by Plant. This was the best of the three (and the 26th time I've seen my all-time favorite singer). To get a feel for just how great the show was, check out this video of Plant's performance of "The Lemon Song." 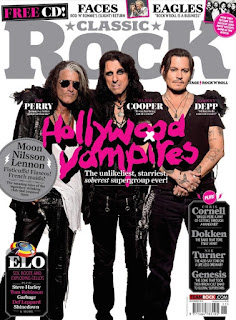 Posted by Stephen Humphries at 5:35 PM No comments: