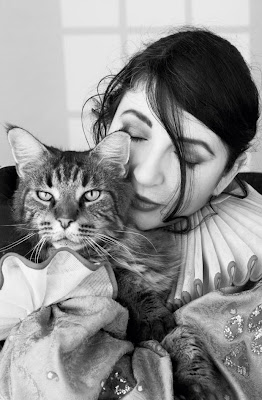 Before I get to my June playlist, I thought I'd share my take on the new (well, sorta new) album by Kate Bush. There are many female artists that I worship and adore, most notably Björk, Jesca Hoop, PJ Harvey, Joni Mitchell, and Toni Childs. But Kate Bush is my absolute favorite. A new release by Kate is a rare event. Her previous album was 2005's masterpiece, Aerial, which arrived 12 years after The Red Shoes. On the bright side, at least she's more prolific than Harper Lee.

Director's Cut, consists of a series of revamped, remastered, rearranged and re-recorded songs from two of her older albums. Director's Cut consists of remakes of four cuts from 1989's The Sensual World (which, to me, is perfect as it already is) and seven reworked tracks from 1993's The Red Shoes, a problematic album. Most of the songs retain the original instrumentation, but three of them have been wholly re-recorded from scratch. All the drums have been re-recorded by master session player Steve Gadd and Kate has recorded new vocals for each song, albeit in a lower key to suit her current vocal range.

Going back to redo these old songs is a curious step for a progressive musician such as Kate, but not an entirely unprecedented one: She re-recorded the vocal on "Wuthering Heights" for her greatest hits album. She's clearly had profound regrets about The Red Shoes (didn't we all?) and perhaps she needed to redress the past in order to move on to create new work. (Her new album is likely to emerge in 2012...but, trust me, you don't want to make a bet with a bookie on that.)

Here's the breakdown of Director's Cut. The remakes of the songs from the Red Shoes are, with the exception of "Rubberband Girl," vast improvements on the originals. But of the songs taken from The Sensual World, only one of the four tracks surpasses the original.

"Deeper Understanding" was always the weakest song on The Sensual World and, unfortunately, she's added god awful auto tune effects to the remake. A pity because the verses and extended coda are lovely.

"Never Be Mine" is a big favorite from The Sensual World and although I do like this new version—particularly the guitar bit added to the chorus—I prefer the raw anguish of the original (especially the wail of "This is what I want..." that is omitted in the remake). The new vocal, by contrast, seems more wearily resigned to the fate of losing a lover. It's a strong alternative version but doesn't surpass the original.

"And So Is Love" is superior to its original version but it's still not all that great a song...

The Rolling Stones-style "Rubberband Girl" is fun novelty, but it's still a throwaway cut and no match for the original. In an interview with MOJO, Kate admitted she hadn't originally intended to include it on Director's Cut.

The best parts of Director's Cut are tremendous. Who'd have thought Kate could top the original version of "This Woman's Work"? She not only offers a more emotional vocal, imbued with the wisdom of age, but she recasts the tune as a gorgeous ambient piece with twinkles of Fender Rhodes keyboard.

"Moments of Pleasure," originally overwrought and Baroque, comes alive in its stripped-down, re-recorded, and tunefully altered version. It reminds me a little of Aerial's "The Coral Room," one of the most emotionally raw vocal performances ever recorded and one of the very rare songs that can make me tear up. This song now almost feels as if Kate was writing her last-ever song as a look back on her life and as a farewell to her loved ones. A final chance to sum up all she ever wanted to say. (Another song that sounds like a final Will and Testament is the affecting title track of Joni Mitchell's most recent album, Shine. Do seek that one out.) The final two lines of the song are unbearably sad. When she sings, "Hey there Michael, did you really love me...did you really love me?" you'll become unmoored. It's yet another example of how Kate is surely the most emotionally expressive female singer around.

I've always loved "The Red Shoes" but this new version easily surpasses the original and Kate's whirling dervish vocal ("Whoop, whoop!") is so good. The dynamics of this stomping folk rock remind me of Led Zeppelin's "Gallows Pole." Play this loud. You may end up dancing a jig in your living room.

I love the sudden swell of the chorus in "Top of the City." It feels as like a geyser of sound bursting free. She tried to attain that effect on the original, of course, but couldn't pull it off like she does here.

"Song of Solomon" suddenly reveals itself in a whole new way. "Lily" is also profound in its new, funkier version and it has a real edge and urgency, particularly when Kate cuts loose at the end.

I purchased the special edition of Director's Cut, which is beautifully packaged in a hardcover and includes two bonus discs: The Sensual World (unaltered) and a remaster of The Red Shoes. The original was a digital remaster. Kate discovered an analog remaster and the album sounds markedly better than the original—far more definition and I can hear individual elements that I didn't notice on the original. The album has also been subtly changed on this edition. "Eat the Music" is shorter now and "Big Stripey Lie" has been shorn on the violins.

I'm pretty enthralled with Director's Cut overall. (For best effect, take a listen to it on headphones.) Despite its serious flaws, the best parts of Director's Cut reaffirm why I love Kate so much....

I'm still listening to many of the same albums of the past few months (see earlier playlists, below), but here's what else I've been listening to over the past month which, oddly, has been dominated by classic rock!

Posted by Stephen Humphries at 4:45 PM No comments: