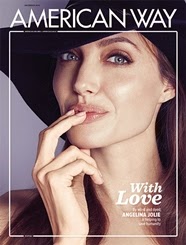 I have a couple of front-of-book pieces in the two most recent issues of American Way magazine. In the issue now in seatbacks of American Airlines jets, I interviewed LeRoy Bennett, the music industry's leading stage and lighting designer.

Stages have come a long way since the ’60s and ’70s, when the most lavish rock shows were simply rainbow lights, a riser for the drums and maybe an inflatable doll or, in Led Zeppelin’s case, a cardboard set of Stonehenge at one of their stadium shows. The late, great designer Mark Fisher changed the game completely by creating mammoth sets such as Pink Floyd's The Wall and, later, Peter Gabriel's Millennium Dome show and U2's extra-extravagent extravaganzas.

LeRoy Bennett is the natural heir to Fisher's throne. He's not only designed Super Bowl halftime shows for Beyoncé and Bruno Mars, but also stages for Paul McCartney, Lady Gaga, Nine Inch Nails and Madonna to name just a tiny fraction of the superstars he's collaborated with.

I interviewed Bennett about several of the stages he designed for American Way, but here's an excerpt I couldn't fit into my story about his design for Jay-Z and Beyoncé's "On the Run" tour this year.


They’re very different in their music and their approach to a show. When Jay goes out and walks on stage, it’s a lot more casual. There’s a more masculine look for Jay. Beyoncé is very physical on stage with her dancing and singing.  So I had to meld those two worlds together.  There is a bit of illusion. With the Beyoncé song, “Baby Boy,” there are dancers out there, but then there are images of other dancers so sometimes it looks like there are 12 dancers out there. This whole show was based on Bonnie and Clyde. There’s a lot of little innuendos about them as a couple and their relationship. The storyline is about forgiveness and what love is all about. There’s a moment when they start showing pictures of [their daughter] Blue and they stand there and watch that. They’re both really good parents to her. 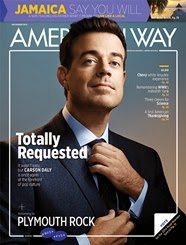 I also briefly wrote about the reissue of Led Zeppelin's fourth album, newly remastered by guitarist Jimmy Page and boasting a bonus disc of alternate mixes of the songs, for the previous issue of American Way.
Posted by Stephen Humphries at 2:13 PM No comments: