Posted by Stephen Humphries at 10:11 PM No comments:

When dead artists are resurrected for a tour 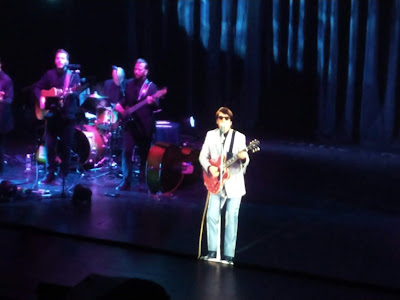 I wrote a story about how hologram tours are tipped, by some, to be the next big thing. We'll see if that prediction pans out - next year's virtual tour by a hologram of Whitney Houston (backed by her former band) could be the one that breaks this trend wide open. Then again, will a virtual performer be a viable substitute for an actual person on stage?

“There's all kinds of talk about the chemistry that a band has, or even a backing band has to have. It's one thing to be playing along with recordings, which most musicians have gotten used to these days. But it's an entirely different thing when your front man isn’t real,” Jem Aswad, senior music editor at Variety, told me.

That lack of true connection between avatar and the band affects the audience experience, he argues. It’s a poor substitute for a flesh-and-blood show such as when Mr. Aswad witnessed Childish Gambino forge an electric connection with his audience while singing “This is America” at New York’s Madison Square Garden last year.

However, fans of music from an earlier time have to make do with limited options available to them because many of the original performers are no longer alive, David Brooks, Senior Director of the Live & Touring beat at Billboard magazine, told me. That’s why some people are willing to see Queen with Adam Lambert singing instead of Freddie Mercury, Vince Neil performing in place of Glenn Frey in The Eagles, or John Mayer sitting in for Jerry Garcia in the Grateful Dead spin-off group Dead & Company.

“If a fan thinks it's cool, interesting, and they know there's no alternative, they might be interested in that,” says Mr. Brooks.

My take on the show I saw was that while I didn't fall into the uncanny valley - the holograms were, at times, quite effective - I wasn't entirely sold on the experience. After a few numbers the show had a certain sterility to it that the live backing band couldn't be overcome. A live performer interacts with the audience; the hologram just acts. The sound was, however, pristine and the show had a good production standard. I've never been into tribute bands and I don't really see the point of watching an illusion.

That said, I could foresee one exception. At present there are two bands of David Bowie alumni musicians who regularly tour in tribute to their former frontman. I've not gone to see either of them because Bowie's voice is irreplaceable. But if either group were fronted by a David Bowie hologram, I'd be very curious to check it out... 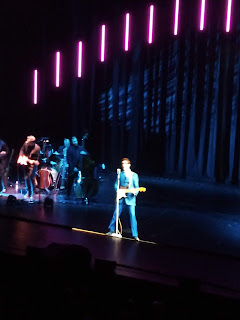 Posted by Stephen Humphries at 10:04 PM No comments: