Posted by Stephen Humphries at 1:02 PM No comments: 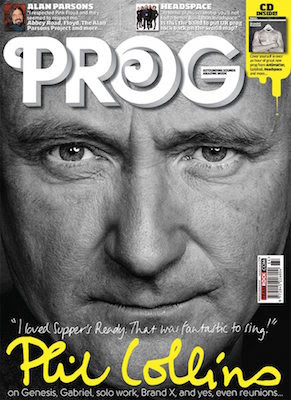 I wrote a feature story about the great American band Shearwater for the current issue of Prog magazine, now on newsstands and available in e-format. To my ears, Shearwater's latest album Jet Plane and Oxbow is the album to beat in 2016. (Here's my review of it in Under the Radar magazine.)

When I interviewed Shearwater frontman/songwriter/multi-instrumentalist Jonathan Meiburg for the story late last year, our conversation drifted into talking about David Bowie. We're both fans and, at that time, we were excited about the imminent release of Blackstar. We had no idea, of course, that David Bowie was at that stage critically ill and would soon no longer be with us...

At the time, Jonathan was already planning to perform every single song from Bowie's Lodger album on Shearwater's tour. In retrospect, the timing was fortuitous as it became a tribute. Shearwater has been performing two songs from the album each night and even performed Lodger in its entirety at Rough Trade Record store. (You can download NYC Taper's recording of that show here.)

I thought I'd share some excerpts, below, about Jonathan's musings about David Bowie, as they didn't make it into the article.

One of the things were going to do on the tour just for fun, and we’re not going to do it all at once, is we going to cover all of David Bowie’s Lodger record during the tour. Some of it in radio stations and some of it live. It’s been a real pleasure going through that record because it’s such an odd record. And yet, listening to it and dissecting how it was done and how will the different parts fit together, you can learn so much from that record. It’s a great education.

...on the Bowie's Berlin Trilogy

For a long time, I didn’t get the record [Low]. I like the older boy stuff, where he was the funny, wise-cracking cartoon character. Maybe it’s just because I’m getting older, but now the late '70s records that he made seem much deeper and richer to me. They’ve aged better I think.

That [album] and side two of Heroes are so magical and they seem out of time. And you know, just reading about it, what some of the influences were, but nonetheless, they seem to use a lot of devices that were technologically quite new at the time and conjured something that seemed quite timeless. If you put on Heroes and just listen to it all the way through the record, you find yourself two-thirds of the way through, thinking, “Are we still on the same record?” I can’t believe this album has gone this many places. It does it really economically and fast, too. It’s not a long record. It’s a beautiful example of a records ability to distort time and open worm holes in your sense of time.

I was watching the Serious Moonlight tour the other day. Partly as a frontman educational video. God he was good! It was from 1982, after Let’s Dance came out. But the material is almost all from previous records and mostly from the Low, Heroes, Lodger stuff. He's got a whole horn section with him and it’s very '80s, but man he just sells that show. It’s astonishing to watch. It’s not alienating, it’s not scary. It doesn’t have any of the emotional energy of that stuff that we were talking about [earlier]. But he so confident in delivering these very alienated songs. As a piece of staging too it’s quite brilliant. Now we expect from big shows all these mechanisms and confetti cannons and lasers. This is much more pared back compared to that. There’s a giant, inflated globe that he does a number of different things with, all of which are really effective. The whole thing probably cost 20 bucks. The whole thing works on an arena size.