Posted by Stephen Humphries at 7:14 PM No comments:

Earlier this year, I had the opportunity to write liner notes for two new albums, Blackfield’s Open Mind and Vertical Horizon’s The Lost Mile.

The pressure was on. It always is. I wrote sleeve notes for the previous Vertical Horizon record and I’ve written numerous sleeve note essays for Steven Wilson but, like any writing assignment, it’s always slightly daunting and a fresh challenge. 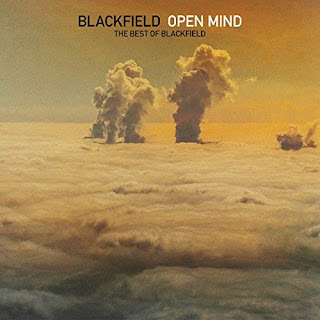 The brief from Steven Wilson was as follows: Could I pen sleeve notes for an upcoming best of Blackfield album, and could I write it without doing an interview but “maybe something more poetic,” or just highlight how the long-running side-project collaboration between him and Aviv Geffen came together.

What Steven envisioned by "poetic" was something akin to the sleeve notes of the first Roxy Music album. Those liner notes, penned by Bryan Ferry’s good friend Simon Puxley, are a blast of fun. They read like a hallucinogenic fever dream in which random thoughts and observations are scattered on the page with ellipses as the only connective tissue between them. Cut-and-paste Beat poetry with shifting time signatures!

In my first attempt at writing something inspired by that style, I also took cues from, variously, Susannah Clarke's novel Jonathan Strange and Mr. Norrell (a sort of literary Harry Potter for adults), the fanciful origin story of Porcupine Tree, and the terminology of 19th century medicine peddled by quacks.

The result was as bizarre as it sounds. There's a perilous line between the ridiculous and the sublime and I teetered over into the former territory. It had to be scrapped.

Back to the drawing board.

The final version of the sleeve notes was a more straightforward telling of the Blackfield origin story combined with some of the more toned-down elements of my attempt at bizarrely styled sleeve notes. The end result retains a bit of mystique and mischief, I think. (Though Aviv modestly axed my line about how he’s such a superstar that even Gal Gadot wants to take selfies with him—which is true!) 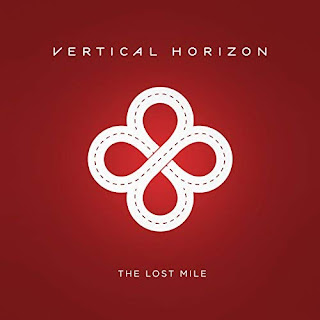 Speaking of Steven Wilson, the first time I met Matt Scannell was backstage after a Porcupine Tree show in Los Angeles. Matt's band, Vertical Horizon, was the soundtrack of 1999, the year that I first moved to the USA. Their #1 single, “Everything You Want” was the single most played song on all American radio that year. Other singles “You’re a God” and “Best IEver Had (Grey Sky Morning)” were also ubiquitous. The first time I heard the album Everything You Want was through my then-girlfriend, now wife.

That night in Los Angeles, Porcupine Tree decamped to a bar a block from the venue with a few friends in tow. I recall that Porcupine Tree were in great spirits after their show, laughing about how an Italian girl in the front row kept lifting her top and flashing them while they were trying to play very complex parts! My pal John Wesley, the touring guitarist in Porcupine Tree and a solo artist in his own right, introduced me to Matt. He and I sat down and began talking about music. We are both Rush fans and I was aware that he is one of Neil Peart’s best friends. I was thrilled to find out just how wide-ranging Matt’s music tastes are and how many favorites we enjoy in common, including—to name but just a select few—Peter Gabriel, Yes, Robert Plant, Kate Bush, and, of course, Steven Wilson and Porcupine Tree. Soon after, Matt came over to our little West Hollywood apartment on a sweltering hot day for a listening session to some music from my collection. And thus began one of my most treasured friendships.

It’s hard for me to adequately express just what a special person Matt is. He’s someone whose focus is outward, rather than inward. His natural instinct is to be attentive and attuned to others. He gives of himself, selfless and egoless. He has such a joyful zest for life as he pursues his various interests, which include test-driving sports cars and collecting wristwatches.

Matt is a very talented songwriter. How does he continually come up with such great melodies and hooks? I once told him that he writes the best middle-eights so that his songs suddenly veer off in a thrilling new trajectory midway through. Matt told me that Alex Lifeson had also commended him on that aspect of his songs. Matt’s a killer guitarist—the last few Vertical Horizon albums really showcased his six-string solo skills. The dude's also just, well, naturally cool.


It was an honor to receive Matt’s invitation to write a short essay for Vertical Horizon’s sixth album, Echoes from the Underground, which included the rare privilege to go into a studio to watch Neil Peart lay down drum tracks on two songs. A few years later, I've now written sleeve notes for Vertical Horizon’s new album, The Lost Mile. It’s Matt’s best work to date (he keeps one-upping himself). This was the most difficult and boldest project he’s undertaken. I attempted to capture in words just how difficult the act of creation can be, and how transformative it is when an artist breaks through barriers to achieve what he set out to do.

I am very blessed to work again and again with both Steven and Matt. They’re each incredibly talented and I am such an admirer of their respective work. Make no mistake, it is work. Their albums are so good because they both put in the blood, sweat, and tears into their music. In my own writing endeavors, I continue to learn a lot from both of these artists.

Blackfield: Open Mind is released September 25th and can be ordered on Amazon or Burning Shed.

Vertical Horizon: The Lost Mile can be ordered on Amazon, and is available to download/stream at all the usual outlets.

Posted by Stephen Humphries at 7:07 PM No comments: