The last thing the world needs is another review of the new ARCADE FIRE, so I'll brief in my assessment of Reflektor: This album is an incoherent mess, albeit with some lovely songs.

Steven Wilson often says that its crucial to create an album in a vacuum. An artist needs to isolate himself from outside expectations and pressures. Arcade Fire could've used that advice before writing Reflektor. Other bands have been in this position before - R.E.M. with Monster, Oasis with Be Here Now and Coldplay with X&Y. Each of those records - all of them problematic - represented a moment when those bands had crossed over into megastardom and each band was aware that all eyes were on their next album. Arcade Fire has responded with an album that wants to be big and Important.

The album's release was preceded by a special half hour special after Saturday Night Live. It boasted celebrity cameos by Bono, Ben Stiller, James Franco, Michael Cera, Aziz Ansari etc. It struck me as very self congratulatory and hubristic to embrace their hip status and show off their celebrity rolodex. I worry that they have bought into their own hype and lost the common touch, the earthy connection with their audiences that propelled them to popularity in the first place.

The album is as self-conscious and self-important as their TV special.

Much as I like the lead single, "Reflektor," the song is way too long for such simple (if hooky) chorus. There are several songs should have been edited down in length as they outstay their welcome. And the album should have been pruned from a bloated double album to a single disc. My fave songs on the album: "Joan of Arc," "Awful Sound (Oh Erydice)" and "Afterlife."

I cannot fathom why SHEARWATER isn't as big as Arcade Fire. Their new album of cover versions - Fellow Travelers, released November 26th - is an hugely enjoyable stopgap release between studio albums. I interviewed frontman Jonathan Meiburg about the album for a piece that will run next month. More on that soon.

I've been a fan of FRANCIS DUNNERY since around 1986 when I first heard It Bites. He's never compromised his artistic instincts during his adventurous solo career and so fans never know what type of album he'll release next. His new album, Frankenstein Monster (available to buy at his website), is one of his finest releases and showcases why he's one of the most special lead guitarists on the planet. (His guitar skills have been commissioned by the likes of Robert Plant, Ian Brown, Carlos Santana and Lauryn Hill.)

The album is a tribute to Necromandus, the early 1970s British band founded by Francis's older brother Barry. Melody Maker once described Necromandus as "a sort of Black Sabbath play Yes' greatest hits". But the band’s sole album, recorded in 1973, was shelved and only belatedly released in 1999. Barry Dunnery died in 2008. Francis Dunnery has resurrected those songs on Frankenstein Monster. Apart from the great title track, which Francis wrote (here's the music video), the album consists entirely of cover versions. You can listen to the entire album here.

For starters, take a listen to the guitar solo on track 13, "Ho Ho Your Sandwiches." It's unspeakably beautiful...

A progressive rock band that I've been enjoying of late is GODSTICKS from Wales. Imagine what Sweet Billy Pilgrim would sound like if they had Steve Vai and Frank Zappa on guitars. Check 'em out at www.godsticks.co.uk.

The best prog album I have heard lately is "Phoenix Rising" by ROVO & SYSTEM 7 (feat. Steve Hillage). First, check out this Mahavishnu Orchestra cover version on it: http://ow.ly/pTF6m. Then watch the music video for lead single "Hinotori" above (the album version is about 12 minutes long).

Finally, STEVEN WILSON caps the best year of his storied career with a new EP, Drive Home, a CD and DVD package that consists of unreleased and live material. Below is the live version of "The Watchmaker" from Steven's 2013 masterpiece, The Raven that Refused to Sing (and Other Stories).

Posted by Stephen Humphries at 5:47 PM No comments: 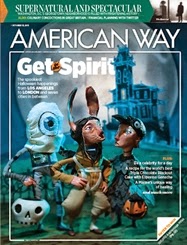 I was surprised to discover that she's a very shy person. You wouldn't that from her public persona—a rebellious, small-town sk8ter girl who wears ties over wife beaters. (Avril has a girly side, too: She
has two rooms full of Hello Kitty collectibles in her house, including a pink Hello Kitty couch and paintings.) She's no push over, mind. Lavigne famously rejected her record label’s attempts to turn her into the next Britney Spears. “I told them, ‘I have to write my own songs,’” recalls Lavigne. “I was able to tap into who I am and what I wanted my sound to be, which was different from anything on the radio at the time, which was Backstreet Boys, N’Sync, Britney Spears – very bubblegum pop.  I was a chick with a guitar and it was so different from anything out there.”
Posted by Stephen Humphries at 4:02 PM No comments: