It's the end of the world as moviegoers know it.... 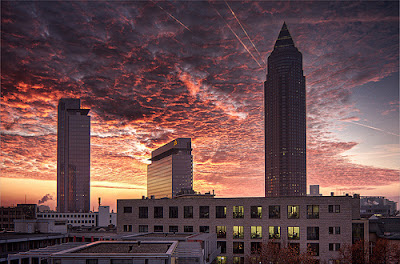 Variety reports that newly tentpole-starved studios engaged in a bidding war for a script titled "2012" by Roland Emmerich. (Sony won the bid for the 2009 summer release.)

To date, Emmerich has zapped the Empire State building in "Independence Day," trashed New York with a giant Gila Monster in "Godzilla," and borrowed the "Perfect Storm" wave to flood an ice-aged Manhattan in "The Day after Tomorrow." (There's more chance of Mayor Bloomberg granting keys to the city to Curt Schilling than the German-born director, though Emmerich could score a nifty gig consulting for FEMA.)

Yep, destruction is this director's specialty -- he makes Michael Bay look like a peacenik -- and he's upping the disaster quotient in "2012." I guess that wiping out whole cities just isn't all that novel in a post-Katrina era, so Emmerich has come up with a story about the very end of the world during the film's titular year.

By the time that movie is produced, audiences may be fatigued: "2012" is the latest in a brace of apocalyptic movies coming soon to a cinema (or is that shelter?) near you. More on that trend in a story I recently wrote, here.
Posted by Stephen Humphries at 7:33 PM