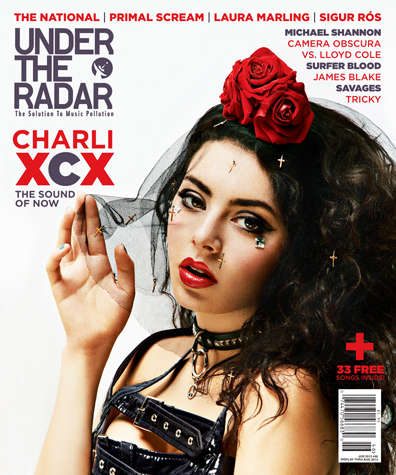 I interviewed John Grant, former vocalist for The Czars, for the latest issue of Under the Radar magazine.

It was the most harrowing interview I've ever done. Grant, who is gay, told me about the torments he endured during his childhood, which ranged from self-loathing over his secret sexual identity to getting beaten up outside his home by a bigot and not being able to tell his family why it had happened.

Grant told me, in unstinting detail, about his later years of drug and alcohol addiction and sexual promiscuity. Underlying all of it was serious depression.

There are parts of Grant's life I didn't even touch on in the piece, such as his struggle to overcome agoraphobia during his twenties or how he fell in love with his straight drug dealer, who once tried to kill himself on Grant's couch (and previously set fire to the house). John Grant has lived a life - and then some.

The good news is that he's doing better now. He told me how much music played a part in lifting him out of his condition and providing him a channel to get focused and exorcise those demons. Now clean, sober and cautiously optimistic, Grant has received some of the best reviews of the year for his second solo album, Pale Green Ghosts. His previous solo record, Queen of Denmark, merited similar plaudits and was named Mojo magazine's album of the year.

Take a listen to the great title track of Pale Green Ghosts below. A great showcase for the singer's tenor. Oh, and if you've never checked out Grant's former band, The Czars, you really owe it to yourself to get The Ugly People VS. Beautiful People for starters....

This issue of Under the Radar also features a forward looking cover story on British sensation Charli XCX (I've no idea what you'd call her if you met her in person - perhaps Charli?) as well as features on the new albums by The National, Primal Scream, Sigur Ros, and the wonderful Laura Marling.

Posted by Stephen Humphries at 1:05 PM