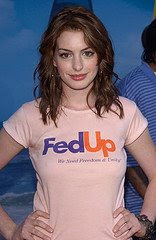 Boston has a new boom industry: chick flicks. After shooting the romantic comedy "My Best Friend's Girl" in the Hub late last year, Kate Hudson (below) is back in town opposite on-screen rival Anne Hathaway (r.) in "Bride Wars." Amazingly, neither movie stars Hudson's regular rom-com paramour, Matthew McConaughey, who was also just in Boston to shoot "The Ghosts of Girlfriends Past."

None of these films were mentioned in a Times article this week about the future of romantic comedies, but they may give credence to the story's assertion that Hollywood is rolling out a greater number of chick flicks -- despite the genre having little appeal to the lucrative "300" crowd.

For studios, a chick flick's success often hinges on having a marquee star -- think past queens Julia Roberts, Meg Ryan, Sandra Bullock and current throne holder, Reese Witherspoon. (In her rear-view mirror is the H gang: Hudson, Hathaway, and Heigl.) Even then, there's no guarantee of success, as Witherspoon discovered with "Just Like Heaven." Moreover, star-driven chick flicks tend to fall into the mid-budget range, the area where studios struggle most to turn a profit.

As anyone who has to grit their way through "27 Dresses" can attest, the traditional Hollywood chick flick is in bad shape. Apart from the occasional delight such as the sadly overlooked "Definitely Maybe," most of the films struggle with a) a lack of chemistry between the leads, and b) scripts that fail to mix up the formula of boy-meets-girl; boy-loses-girl, boy-wins-girl. 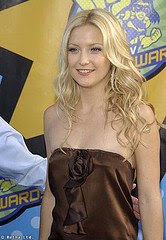 But the chick flick may have an unlikely savior: Judd Apatow. Personally, I felt "Knocked Up" to have a misogynistic undertone. (Katherine Heigl, who would never cut it as a State Department spokesperson because she's just too candidly outspoken, famously complained to "Vanity Fair," “It paints the women as shrews, as humorless and uptight, and it paints the men as goofy, fun-loving guys. … It was hard for me to love the movie.”) But Apatow's latest production, "Forgetting Sarah Marshall," manages to make the rom-com seem fresh, and it does so with great parts for women. Refreshingly, it's not mean to any of its characters, either. It also accomplishes the impossible: It appeals to guys, too, thanks to bawdy humor and oodles of sexual innuendo. Such explicit fare doesn't seem to turn off Gen Y girls, perhaps because of their changing attitudes to porn and frank talk about sex.
Posted by Stephen Humphries at 10:07 PM