Is TV's Golden Age over? 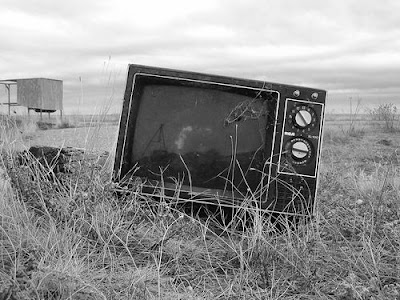 "The Wire" has been cut. "The Sopranos" has faded to black. "Six Feet Under" has gone to its grave. And "Battlestar Galactica" has completed its interstellar voyage. Is TV's golden age over?

Entertainment Weekly seems to think so, but I'm not as pessimistic. Maybe that's because I avoided "The Apprentice: Celebrity Edition," which could have been renamed "I'm a Celebrity, Get Me Out of Here" if another show hadn't already claimed that title. (If boardroom tantrums by Melissa Rivers seem like the nadir of network television, it's only because we've willfully forgotten about the televised boxing match between Tonya "axels of evil" Harding and rival ice queen Paula Jones.)

And yet, there's much to be optimistic about. Television has been irrevocably altered by premium and basic cable. Many of the best writers in Hollywood are now working on the small screen. Why? In part, because they have freedom to develop complex story lines with more finely developed arcs than they could ever pull off in a 120-minute movie.

In a recent column comparing the movie "Revolutionary Road" and the similarly themed TV series "Mad Men," Variety's ever-thoughtful TV critic, Brian Lowry, observed that Leo-Kate movie barely had time to satisfactorily shape its characters' arcs in a nuanced way. Longform storytelling in television, on the other hand, allows for the sort of complexity that "Revolutionary Road" is missing.

Lowry concludes, "While mainstream movies have become the understandable vehicle of choice for visualizing comic books and graphic novels, more intricate dramatic storytelling has found a
particularly satisfying home in television, capitalizing on the medium's novelistic latitude to develop characters over extended arcs, whether that's 'The Wire' -- really the great American novel in TV form -- or programs such as 'Big Love' and "Mad Men.' It's been a long road (more evolutionary than revolutionary) to this juncture. Yet after years in which TV has suffered from an inferiority complex vis-a-vis movies, at certain key nodes those lines have been erased --
so much so that many of this generation's finest creative moments are, indeed, being televised."

Granted, there are some troubling trends, too. For a while there, it seemed that audiences were less interested in predictable procedurals than they were in ambitious sagas such as "Lost." But that fad has, sadly, passed. The most popular shows on TV nowadays are once again “NCIS,” “CSI,” "Cold Case,” and “The Mentalist.” Frankly, it's a miracle that "Friday Night Lights" is still on the air. Moreover, the fall schedule is filled with even more shows about lawyers, cops, and doctors.

As networks struggle to hang on to viewers in the long-tail era, a certain conservatism is inevitable. But as network television retrenches through cost-cutting moves such as moving Jay Leno to 10 p.m., more viewers will likely look to TNT, AMC, USA, FX, Showtime, and HBO for salvation. The days of network monopoly are over. The medium's future looks bright.
Posted by Stephen Humphries at 2:42 AM