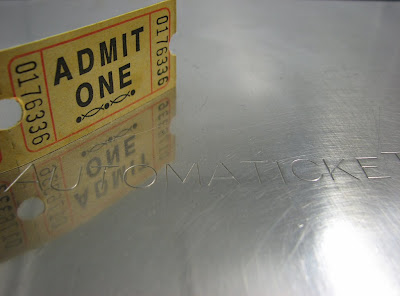 Is 2010 the worst movie year ever? Nope. That dubious distinction belongs to 2011. How do I know this? Because if teaser trailers for Pirates of the Caribbean 4, Thor, Transformers 3, and The Green Hornet function as a crystal ball then, well, I predict you'd be better off spending your $10 on a night out at the bowling lane than the cineplex.

But it was a pretty rotten year for the movies. In July, Joe Queenan wrote a widely discussed cover story for The Wall Street Journal asserting that 2010 was the worst movie year ever. The Los Angeles Times asks, "Did Movies Get Better or Worse in 2010?" And The Boston Globe's great film critic, Ty Burr, echoed the sentiments of many in his profession this week when he wrote:

How is a critic to interpret a year in film that just didn’t send him? Are the movies to blame or is he? For the first time in recent memory, I had to wrack my brain to come up with an annual Top 10 list. There were films I liked and even loved, but precious few that stood above the fray and seemed built to last longer than the long tail of their release patterns.

I think we — movies and the society they reflect — are in a period of profound transition. The blockbuster film is hardly a thing of the past, but it’s metastasizing into something that, within a decade, may not resemble a movie at all. Which is to say that the defining film of 2010 may turn out to have been the one released at the end of 2009: James Cameron’s “Avatar,’’ a looking-glass world of 3-D IMAX ravishment and narrative banality.

It felt as though popular culture took a long, deep breath after that film came out, and then, in late October, Cameron announced two sequels, the first due in 2014. Where Cameron goes, Hollywood will follow, and our children’s children will not watch movies but wade into a hi-def sensurround experience that should probably be called something else. Feelies, perhaps. At that point, the cinema as we have known it for over a century will have disappeared into the past. Like vaudeville music or network TV, it will become the province of historians, nostalgists, and other people wary or weary of the Brand New Thing.

Indeed, 2010 has turned out to be a pivotal 12 months for the movie industry. It was the year that decisively cemented a new division of labor in Hollywood that has been emerging in recent years. Movie studios now devote the bulk of their resources to creating big, special-effects driven blockbusters while television studios produce the kind of art-house dramas that Hollywood has all but given up on producing. 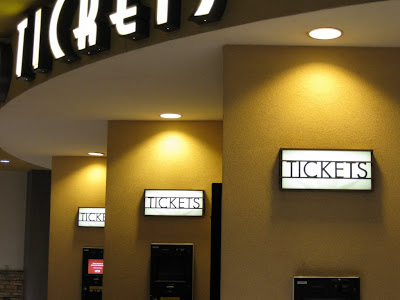 The studios have started to focus on what they're good at: splashy, effects-driven fare designed for the lowest-common denominator audiences (now in 3-D, of course, to lure people away from their wall-sized flat screen televisions). More than ever, it's the "high concept" premise and the name-brand of a "property" such as Harry Potter or an Iron Man or a Tron that is the big draw for moviegoers. In a recent issue of Entertainment Weekly , Reese Witherspoon commented on how dramatically movies have changed since the writer's strike. "The movies that are being made feel different now.... There are a lot of really, really, really big movies about robots and things--and there's not a part for a 34-year-old woman in a robot movie."

In recent years, the big studios have shuttered their art-house, or "specialty", divisions. The independently funded movie sector, which produced a glut of indie movies just a couple of years back as investors sought to get into the movie biz, has dwindled now that there's a credit crunch in the economy. (Documentaries, the one bright spot at the cinema this year, are relatively inexpensive to make and continue to flourish.) 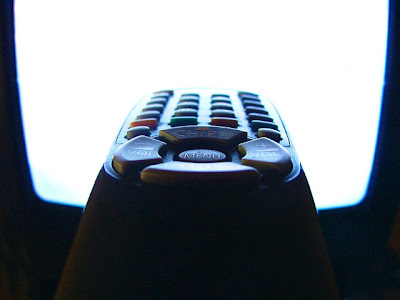 TV has stepped into the breach vacated by movie studios. Or, more accurately, Hollywood has retreated from middlebrow and highbrow Oscar fare (as The New York Times noted this week) now that one can watch drama of the highest caliber on television instead. Used to be that HBO had a monopoly on its tagline: "It's not TV, it's HBO." Nowadays, everyone else has caught up including, to an extent, the big three networks but especially channels such as TNT, AMC, FX, and Showtime. The very best Hollywood dramas I saw this year—Winter's Bone, The Kids Are All Right, The Social Network, The King's Speech—pale next to Breaking Bad, The Walking Dead, Treme, The Good Wife, Mad Men, Damages, Friday Night Lights. Similarly, I laugh more during a half hour of Modern Family or Raising Hope than I did during the entire two hours of Date Night or The Other Guys.

Tellingly, The New York Times film critic A.O. Scott wrote an essay a few months ago titled, "Are Films Bad, or is TV just better?" And The Denver Post's great libertarian political columnist David Harsanyi recently wrote a column titled "All the Drama's on TV" in which he observed,

This is the golden age of television.

In the 1970s, visionary directors were given wide artistic berth to create innovative, unsettling, hyper-realistic films for mainstream audiences. Such experiences are rare these days — in film, at least. Not only is television more intellectually stimulating, more topical and politically relevant, audiences today are far more devoted to it. TV is fulfilling the promise of the movies. These days, it is easier to imagine Travis Bickle starring in an HBO series exploring the grimy underbelly of city life and mental illness than it is to see a director getting away with producing a mainstream film as bleakly disturbing as "Taxi Driver."

That's not to say there aren't occasionally great films or even that mainstream blockbusters can't be entertaining — who doesn't need empty calories and escapism? It's just that most major releases alternate between the artistically gutless, the ineptly preachy, the hopelessly saccharine and, worst of all, the boring.

Harsanyi isn't exaggerating. HBO's The Wire is superior to anything that Martin Scorsese has done over the past decade, including Departed. (Scorsese himself seems to understand how good the television medium can be given that he directed the pilot episode of Boardwalk Empire.) Simply stated, the best writers in Hollywood are working in television right now. The inherent advantage of the small screen is that TV series allow writers to create elegant story arcs and develop characters in a way that you just can't do in a 120 minute movie. The television medium has caught up to the big screen in special effects, picture quality, and cinematic quality. Watch any episode of Breaking Bad, for example, and marvel at how the directors are more innovative and, indeed, cinematic than many of their big-screen counterparts.

You won't see A-list movie stars flocking to television any time soon, of course, even though there's much richer material available for them on the small screen. Actors still regard TV as an inferior echelon—the place where you get your start in your early 20s and the place where you end up when you're in your late 40s and your looks have gone. Plus, big-screen roles usually pay better (though not always: Scarlett Johansson was paid a reported $250,000 for her role in Iron Man 2, a fee she willingly undertook to build her box-office reputation and bolster fan-boy demand). Big screen movies still have more prestige and that counts a lot for an actor's vanity. Moreover, even though the days on film set are long and arduous, a film shoot lasts about 6 weeks whereas the punishing schedule of a television series lasts 10 months of the year.

Now that Hollywood seldom produces fewer actor-driven movies—the types of dramas that used to be the staple of the Oscars—actors are finding that they have fewer options available to them unless they star in a superhero movie. Indeed, A-list actors are seldom the reason to go to a movie nowadays. Look at some of 2010's box-office disappointments, for example: Cruise & Diaz in Knight and Day, Depp & Jolie in The Tourist, Hathaway & Gyllenhaal in Love and Other Drugs, Downey Jr. & Galifianakos in Due Date, Reese Witherspoon, Jack Nicholson, Paul Rudd and Owen Wilson in the year's biggest flop, How Do I Know? There are just a few actors, now, who can draw an audience with their star power: Sandra Bullock, Meryl Streep, Will Smith, Leonardo DiCaprio and, to a lesser extent Denzel Washington. Depp, Jolie, and Downey can do well in the right action picture.

I've been wondering why fewer movies are star-driven nowadays. Why are moviegoers more attracted by brand-name properties and high-concept plot lines than Hollywood stars? My guess is that it's because the nature of stardom has changed. In Hollywood's Golden Age, movie stars had a certain mystique. They had relatively limited exposure and, therefore, an aura of mystery. If you wanted to see a beautiful actress or handsome actor, you had to go to the cinema to see them, purchase a carefully choreographed interview in Life magazine, tune into an appearance on The Tonight Show or watch the Oscars.

Now, all one has to do is to log onto TMZ.

In the information age we now know so much about each and every celebrity—and see them so often in the mediums of print, television, and the Internet—that we seldom feel compelled to get a glimpse of these rarefied creatures at the cinema. Indeed, we tend to care more about a star's personal dramas than we do about their fictional on-screen dramas. Case in point: Jake Gyllenhaal's recent "dates" with Taylor Swift have been a media sensation even as Love and Other Drugs became a box-office shrug.

Indeed, the very nature of celebrity itself has changed. Today's biggest stars are arguably the C-listers on Dancing with the Stars, The Jersey Shore or The Housewives of Beverly Hills or Living with the Kardashians. These stars are happy to let their personal dramas play out on Twitter, Perez Hilton, and US Weekly. I'd argue that Kim Kardashian, a multi-millionairess who gets paid $10,000 for each product she endorses on Twitter, is probably a bigger star than most supposedly A-list actresses. 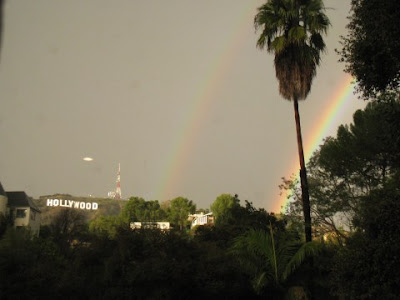 So, in sum, big changes all around in Hollywood that will ripple over the coming decade. Despite my pessimism through this blog post, I'll end by noting that the future isn't all doom and gloom for cinema. In the week-to-week competition at the box office, it's the movies with the best writing and strongest characters that often, if not always, win out in the long run, as this New York Times article observes. Splashy special effects and noisy bluster can only get you so far. (That's Tron: Legacy in a nutshell.) Pixar built its empire on the foundation of great scripts. And Inception was a powerful reminder that a great original blockbuster can pay off huge at the box office. In the years to come, the likes of Darren Aronofsky, Jean-Pierre Jeneut, Peter Jackson, James Cameron, Alfonso Cuarón, David Fincher and Steven Spielberg will produce blockbuster fare that caters to the head and heart. And for everything else there's always television...
Posted by Stephen Humphries at 2:46 PM