Forgive my lack of blog posts in quite a while. I recently started writing a novel, a literary thriller, and it's occupying most of my time when I am not freelancing for various magazines. (I'm very active on Twitter, though, so follow me on @steve_humphries.)

But I thought I'd share my 30 favorite albums of 2010. As always, it's an almost preposterous task to rank such disparate albums in a wide variety of genres into a strict ranking.

Doubtless, there are other fine albums released this year that have escaped my notice. For example, even though I own all the albums by The Czars, I've yet to buy lead singer John Grant's solo record Queen of Denmark, which featured highly in many top 10 lists this year, including Mojo magazine's # 1 pick for 2010. 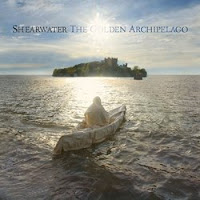 1) Shearwater is America's greatest band right now. Their past three albums are masterpieces. Yet, even though music blogs and the music press is aware of Shearwater and dutifully provides coverage, the band sorely lacks high-profile champions in the music press to elevate its profile. (Honorable exceptions: The Chicago Tribune's Greg Kot and the music site Drowned in Sound.) Nowadays, music journalists are inundated with new releases each week and many fall by the wayside because they lack the all-important buzz. As a result, I don't think most music writers listened to their latest record, The Golden Archipelago. Their loss. Those who spent many nights swimming in this record's immersive depth and complex beauty know just how special Shearwater is. Just ask Steven Wilson (Porcupine Tree, No-Man, Blackfield), who I introduced to Shearwater last year and ranked The Golden Archipelago his top album of 2010. Here's my review for Filter magazine. 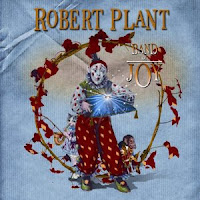 2) Robert Plant is my all-time favorite artist. His latest solo record, Band of Joy, underscores everything that is so special about the singer. Some artists pay lip service to the idea of never making the same album twice yet merely end up creating variations of a particular sound. By contrast, Plant's solo career is as diverse Stanley Kubrick's filmography. As a result, Band of Joy is not Raising Sand II. Its 12 tracks range from blues (Central Two-Oh-Nine) to folk country (Cindy, I'll Marry You Someday) to an ethereal spiritual (Satan, Your Kingdom Must Come Down) to indie-rock tinged Americana (Monkey, Silver Rider). The blistering final track, Even This Shall Pass, sounds like a great lost Strange Sensation song, while I'm Falling In Love With You could easily slot onto a Honeydrippers Vol. II record. The delightfully catchy Can't Buy My Love marries the sound of a catchy '60s pop with a surprisingly robust rhythm section. This record has marinated deep into my soul over the past few months. Here's my review for Under the Radar magazine. 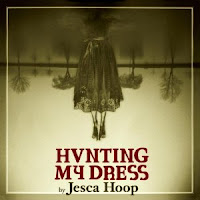 3) Jesca Hoop's Kismet was one of my fave records of 2007. Many singers aspire to the art-rock thrones of Kate Bush and Björk but Jesca is the true worthy heir apparent. Her leftfield musical imagination is uniquely hers. Her latest album, Hunting My Dress (I have no idea what the title means, either) is showcases her talent for tuneful avant-garde pop. Jesca is a big fan of Kate Bush and her fave album is The Dreaming, so that'll give you an idea where she's coming from. Hunting My Dress, which features a gorgeous duet with Elbow's Guy Garvey, brims with memorable tunes and deep-seated emotion. When I interviewed Jesca earlier this year, she talked about how the album was influenced by the passing of her mother. 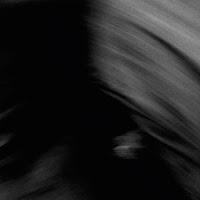 4) Steve Mason: I didn't fully appreciate Scotland's Beta Band at the height of their fame, even when I saw them support Radiohead. Fortunately, my good friend Simon -- who has impeccable taste in music -- introduced me to the band's final album, From Heroes to Zeros, as well as their earlier albums. Steve Mason's first solo release (under his own name, that is) is far removed from the sound of his former outfit. Boys Outside is melodic adult pop that, oddly enough, could cross over to fans of David Gray, Swell Season, and Damien Rice. Occasionally, the album bears traces of Beta Band's sonic edge. What really stands out is how soulful his voice is. He's always had an appealing voice but it seems that some painful life experience has turned him into an emotionally expressive singer. Here's my review for Under the Radar magazine. 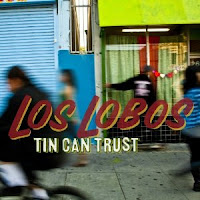 My surprise discovery of 2010 is Los Lobos. I had no idea I'd even like 'em. But when I heard their cover of the Grateful Dead's West L.A. Fadeaway, I was immediately intrigued. A five-star review for Tin Can Trust in Uncut magazine (the magazine I most trust for reviews) prompted me to buy the album. It's great. Memorable songs with strong melodies and choruses and amazing blues guitar. It also sounds great. Much of it was evidently cut live--listen closely to the title track and you can hear the hinges of a door opening and closing during the taping--and so it has a rich and atmospheric vibe.


Great songs from other 2010 albums