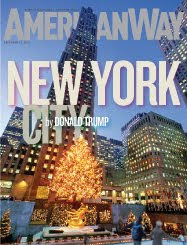 My in-depth interview with Robert Plant for American Way, the in-flight magazine of American Airlines, is now on newsstands ... er ... I mean airplane seats. Don't worry, you needn't catch a flight to read it -- follow this link to read the full feature.

The interview with Plant was one of the highlights of my journalistic career. I was 12 years old and living in South Africa when I first heard Robert Plant's 1985 single Little By Little. It sounded unlike anything else on the music scene at the time and it's harrowingly emotional vocal instantly resonated with me. I'd never heard of Plant before then, nor even Led Zeppelin, but nevertheless saved up my pocket money to buy his third solo album, Shaken 'n' Stirred. Plant is my all-time favorite artist and over the past 25 years I've followed his every unpredictable move. He's one of the few artists of his generation -- or any other -- who continually seeks out new paths to explore rather than taking the easy road of commercialism. 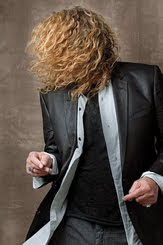 Of course, you know the old adage: Never meet your heroes, they always disappoint. That hasn't been the case with Robert. This is the second time I've interviewed Robert and though the previous interview was terrific, it was an all-too-brief 20 minute chat. This time around, I had an hour on the phone with the singer and it felt more like a breezy conversation than a formal Q&A session. Robert was on hand to talk about his great new album, Band of Joy (which I reviewed for Under the Radar magazine) and he was gracious, thoughtful, funny, open and fully engaged. He is as sincerely personable and grounded as people say he is. After the interview, Robert called up his manager to tell her how much he'd enjoyed it. To say the least, the feeling was mutual.

Posted by Stephen Humphries at 3:25 PM